I haven’t posted in a while so I’m going to lower my standards on this one and ramble about some loosely related ideas.

NFT’s are an interesting phenomenon at the moment: you can spend some (often inordinate) amount of money to buy a digital asset that is ‘yours and yours alone’. One of the quirks of this craze is that any jpeg you buy can easily be duplicated and a separate NFT can be minted allowing some other random person to also ‘exclusively’ own that jpeg. You can have long debates around whether that’s a bug in the system or not, given that NFT’s track the ownership history of a given jpeg, and I’m not going to go down that rabbit hole here. What interests me about the craze is that people really like having exclusive ownership over something.

We live in a world of abundance: any time I feel like it I can go to my nearest supermarket and buy whatever food I want. The richest kings of the past would never dream of such plenty. And although it’s satisfying to eat chocolate whenever I feel like it, it doesn’t feel particularly meaningful. Back in primary school when my parents were in control over what food was available in the house, the scarcity of treats made them far more salient.

So there is this quirk of the human psyche where scarcity (whether artificial or not) makes something more desirable. It’s not hard to imagine why that was adaptive in our evolutionary history, particularly in environments with scarce food. And although NFTs may scratch the itch, I wonder if they’re a reflection of a deeper lacking for unique ownership in modern times. One thing for which we all have unique ownership is our own experiences. Or at least, we should. I wonder if humans are lacking in experiential ownership, that is, a feeling of ownership over their own experiences, and the interpretation of those experiences.

Back to primary school again, when the Playstation 1 was still a thing, I played a game called 40 Winks (no affiliation with the bedding company of the same name). I’ve come across perhaps a single person outside my family who also played the game and they, like me, thought it was awesome. Upon googling it I found that Gamespot gave it a 4/10. I didn’t even know Gamespot existed back in 1999 (admittedly I had only started existing three years prior). And boy am I glad I didn’t. Despite feeling like you were on ice skates throughout the whole game, the level design was, and still is, fantastic. I don’t think that having shared the interpretation of that game beyond my own family would have done anything positive for me. As a kid, not only did I not care what anybody else thought of the game, I didn’t even know that caring was an option. The same is true of countless experiences I had enjoying art throughout my childhood, whether in the form of games, music, or movies. Me and my family/close-friends had a monopoly on the experience, even though there were countless other people experiencing the exact same art and drawing their own, likely different, conclusions about it.

Whatever monopoly we once had on the interpretation of our own experiences has now almost entirely evaporated. I can’t buy a game on Steam without seeing whether the average feedback was ‘mostly negative’, ‘overwhelmingly positive’, and so on. I can’t watch a youtube video without seeing a view count and a litany of comments only one flick of the scroll wheel away. I can’t listen to a spotify track without knowing how many listens it’s had. I can’t look up a movie without seeing its score on IMDB or Metacritic. I am constantly reminded that I am only one among thousands, or millions, having their own experience with a piece of media, and there are probably people out there who find that great (‘Wow it’s great to know so many other people appreciate this!’) but I’m not one of them. I actually find that having all art and entertainment contextualised by its popularity among and interpretation by strangers only serves to hinder my own engagement with it.

In fact if I look back, some of my best art-enjoying experiences have been completely spontaneous. Age of Mythology was just sitting on a disk in my house for months before I stumbled across it, and I had never heard of it beforehand. I’ve come across chiptunes on the internet by happenstance that I’ve never been able to find again. I started watching Squid Game from the end of the second episode because my brother happened to be watching it at the time, and then we finished it in a single sitting. It was only afterwards that I found out Squid Game had become the most watched-show on Netflix of all time.

Quality markers like reviews, and popularity markers like view counts are useful: where once upon a time any movie you borrowed from Blockbuster or Video Ezy would be a coin-toss as to whether it was a waste of time, now we can get an aggregated evaluation of any piece of entertainment with the click of a button. As the volume of consumable content increases, it’s only natural that people want easy ways to sift through the crap. I can save my money by forgoing a steam game that’s been identified as a cheap cash-grab. But I wonder how many 40 Winks’ I’ve passed on because I was too easily swayed by negative reviews. Even more so, I wonder if my transition from avid gamer to once-every-couple-of-weeks gamer has been brought on by the lack of experience ownership. Like many things in the digital age, I feel that expedience has been optimised at the cost of meaning.

Beyond just reviews, the modern internet is saturated with what I call Indirection. It’s not enough to play Minecraft; instead you watch somebody else stream themselves playing Minecraft. You watch it and enjoy it but want to know how others interpreted the video so you look at the comments and somebody leaves a comment that you found insightful and you check the like count on that comment to see how well your interpretation of the comment agrees with society at large. In that example alone there’s three levels of indirection, and now a fourth by virtue of me talking about it. For any given thing on the internet that you might once have experienced on its own terms, there is now an additional layer of indirection on top that contextualises it in a broader societal interpretation. I can’t think of many times that the indirection has enriched my experience, unless there is some technical correction that’s put forward. Yet even I will click on a Reddit post, or a Hacker News post, only to read the comments rather than the post itself, because my expedient brain finds the commentary more salient than the actual post: commentary on a post I haven’t even read and have no intention of reading.

Sometimes the indirection is of our own making: we see our cat doing something funny, we take a photo, we share it with the internet, and in exchange we get some kind of feedback where people like the photo or comment on it, again, providing various interpretations that perhaps in very minor ways chip away at our own. It’s human to do this: we’re social creatures and we like sharing experiences with peers. But when your ‘peer’ is anybody who happens to follow you on twitter, the warmth of the act can be eroded away into something cold, transactional, and perhaps even alienating.

So, I’ve rambled enough about the problem. At this point you either find my perspective resonates with you or you think I’m in need of some therapy. Perhaps both are true. At any rate, here are the solutions I’m toying with at the moment:

Maybe I’m just such a hopeless introvert that these things bother me in the first place, but I can say that listening to music without any idea of its popularity is giving me flashbacks of my childhood when I had a little more ownership over my experiences. 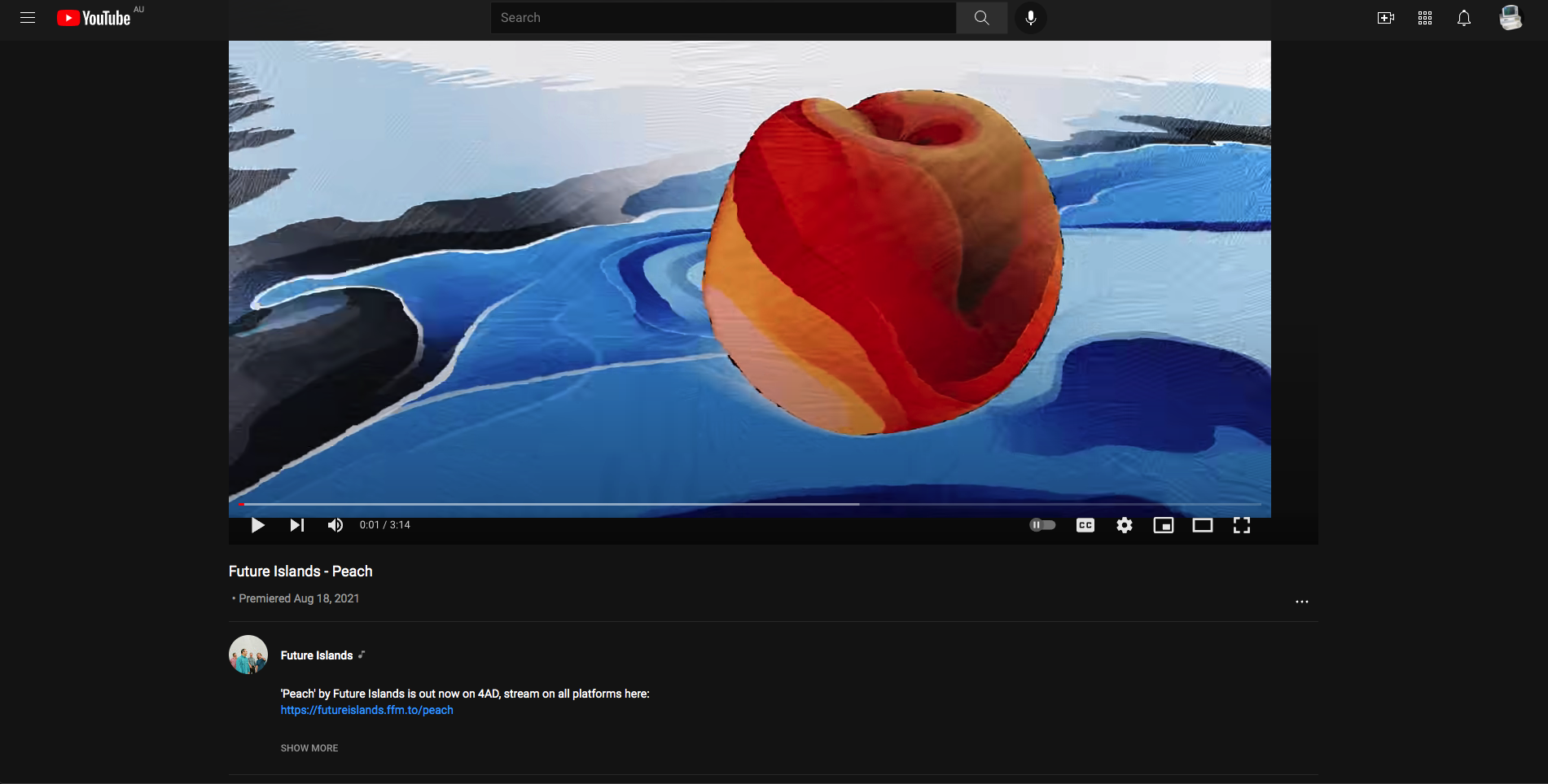